Yu-Gi-Oh! is a collectible trading card game based on Duel Monsters, which is the main plot device in the popular Japanese manga Yu-Gi-Oh!, as well as the two anime series.  Reenact your favorite duels from the television series!  Blue Eyes VS Dark Magician!  Destiny Heroes VS Elemental Heroes!  Kaiba VS Yugi!

Be sure to join the local Yu-Gi-Oh! Facebook group to connect with fellow gamers in the area.﻿ 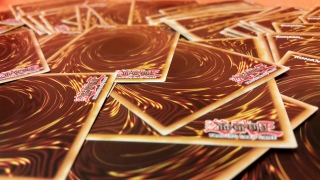 Normal deck construction consists of a minimum of 40 cards.  Each deck may contain no more than (3) copies of any card. Victory goes to the player that reduces his opponent's life points to zero or less first.

Constructed formats require players to construct decks from cards they own, prior to the event. Each format has a list of forbidden, limited, and semi-limited cards. Cards from all Yu-Gi-Oh! sets are legal in both formats.

Sometimes we also use some in-house formats like these:

+ All in the Family - All monsters must be of the same attribute.
+ Challenge of the Gods - To win, you must summon a God card.﻿
+ Highlander - No more than one copy of any card is permitted in a deck.﻿
+ I Spy - Players play with the top card of their deck revealed at all times.﻿
+ Plain Janes - Only normal monsters are permitted. That is, only monsters with no effect.
+ Safe Haven - Trap cards are not permitted.

We play swiss-style rounds. In swiss-style, the first round is paired randomly. Each subsequent round puts players with similar records against each other. For example, players that are 3-0 after three rounds would play each other in round four.

We're always ready and willing to teach you how to play a new game! To learn how to play Yu-Gi-Oh!, stop in the shop, contact us, or visit the official Konami website. 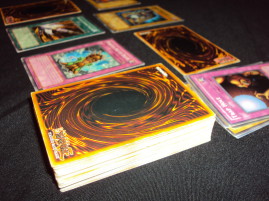 ﻿Prizes vary based on attendance. ﻿

Get MORE for your stuff! See if you have any of the video games on our lists!

Connect with gamers, customers, and employees. Check in when in the shop for great deals and exclusive specials!

Laugh at us and laugh with us on our YouTube channel! Oh... and keep up to date with specials and such, too!